"Heather Lingle has a powerful voice, great energy, and is a true performer with passion." -BoZone.com 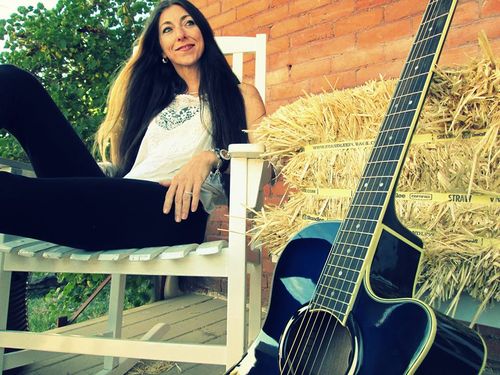 Heather is a Montana-based, Texas-born singer/songwriter whose critically acclaimed debut album, Coyote Beauty, reached #19 on New Music Weekly's National Indie Chart and appeared on Japan's Real Country Top 200 in 2012.  Her second album, Welcome to Blue Town, was selected by LivelyTimes.com among the top favorite Montana-made albums of 2015.  Heather's performances are featured in two documentaries being released in 2019, This is My Home and Zulu Summer.

Heather grew up in a musical family in Texas and has been performing since childhood.  Her step-dad, Floyd Luker, plays bass, and his father, Beutel Luker, is a respected Texas fiddle maker.  Her mom and grandmother, Peggy Luker and Dorothy Rinehart Lester, have sung with Heather throughout her life giving her excellent examples of pitch and rhythm.   They have each co-written songs with her as well.   In addition, the three are related to the late  Cowboy Slim Rinehart, one of the original “Singing Cowboys” of the 1930s and ‘40s.

Heather is a trained dancer and choreographer.  She has been active in community and children’s theatre in the areas of education, acting, directing, and voice coaching and has earned two theatre awards.  Heather has also performed national radio jingles, television commercial voiceovers, and podcasts.  Her next side project will be narrating an audio book  in 2020.

I had a great time at the premiere of "This is My Home" a documentary film about the Irish band, The Black Donnellys!